In this entry, we are going to take a look at the running back position. Based on prior draft classes, running backs fall into 4 Player Types.

All Around: This group is defined by RBs that are above average across all athletic domains (Adrian Peterson).
Slow Bruisers: This group had RBs that are big and explosive but severely lacking in speed. It is rare that a player falls in this group and there is not a single notable “Slow Bruiser” RB since 2000.
Low SEP Athletes: These RBs are excellent athletes with above average speed but tend to be smaller or have less explosion, which results in lower Size Explosion Power [SEP] scores (CJ Spiller).
Low Athleticism: These RBs have limited athletic ability. There are a few highly drafted RBs that fell in this group (Mark Ingram).

Historically, the “All Around” running backs have had the best NFL outcomes (by far), although there are some “Low SEP Athletes” that have performed well (especially as returners). The athletic profiles of “Slow Bruisers” and “Low Athleticism” have not translated well to the NFL. 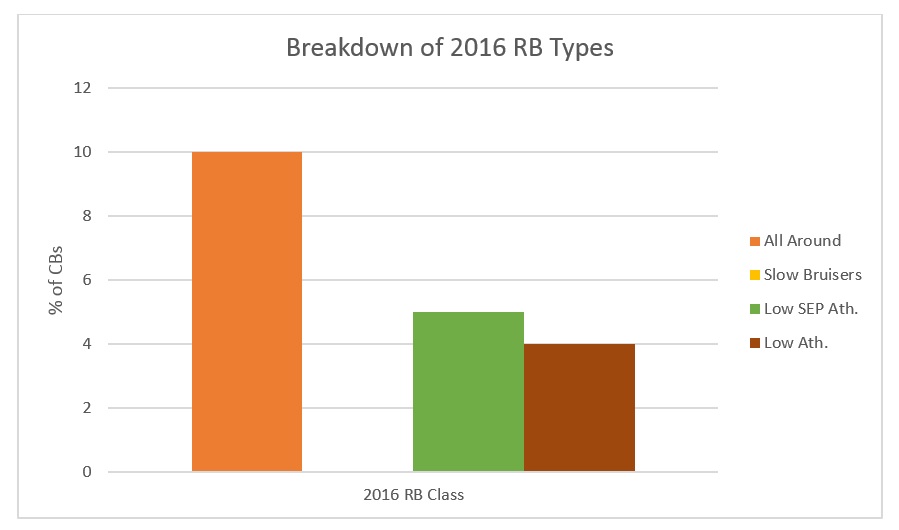 Next, we will take a look at the top 5 RB prospects based on their A2B™ NFL Potential scores as running backs… 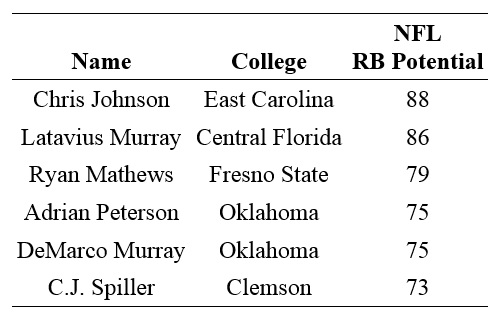 We can also take a look at which prospects have athletic profiles well-suited to return kick or punts in the NFL.

Similar the RB potential, there are many successful NFL players that scored well on this A2B™ Returner metric. 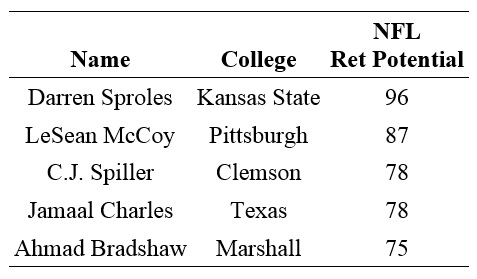 Well, that’s it for running backs. Moving to the defensive end position next.