Have you been dying to know what athleticism looks like for outside linebackers? Do you crave unique insights on the 2016 outside linebacker prospects? Good news… We’ve got what you need. In this entry, we show how the A2B™ effectively characterizes 5 unique OLB Player Types and quantifies NFL potential based on athleticism. Our analyses showed that Overall Athleticism, Speed, and Size/Power/Explosion (SEP) were strong predictors of NFL performance in OLB prospects. While the 2016 OLB class has a few excellent prospects with regards to athleticism, as a whole, they are sub-par compared to past years.

Development of the A2B™ for OLBs

The A2B™ classifies outside linebackers into 5 Player Types based on their athletic profiles. 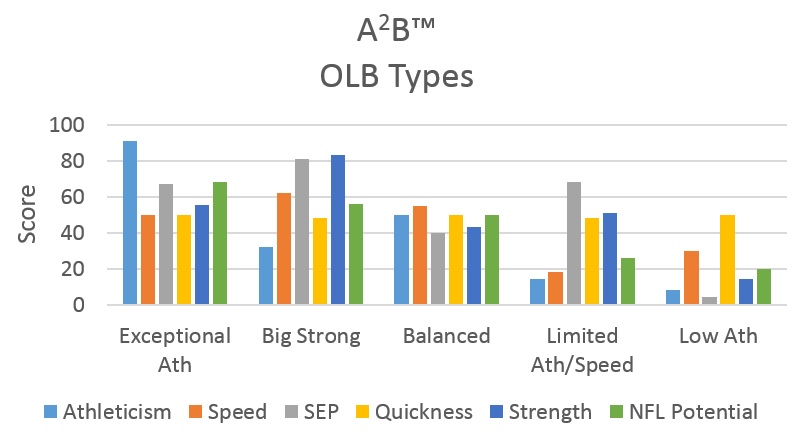 Exceptional Athleticism: Without question, this is the premier OLB Player Type. These OLBs have amazing athleticism and great NFL potential. Some examples of this OLB Player Type are Von Miller, Derrick Johnson, and DeMarcus Ware.
Big Strong: As the name suggests, these OLBs are big and strong – see the high Strength and SEP scores above. There are a few successful linebackers falling in this category (Brian Urlacher), but generally these players have average NFL potential.
Balanced: This is, by far, the most common OLB Player Type and these second-tier OLB athletes are pretty much average across the board. Given the large number of players falling in this Player Type, it is not surprising that there have been a few notable Balanced OLBs such as Bruce Irvin and Brian Cushing. However, these players are exceptions rather than the norm.
Limited Athleticism/Speed: These outside linebackers possess limited Athleticism/Speed and are not well-suited for the NFL. There is not a single notable OLB falling in the group since 2000.
Low Athleticism: See above. Not good qualities for NFL OLBs.

Some free advice from me to you: Grab the Exceptional Athleticism OLBs. If you have to pick from the Big Strong or Balanced OLBs, get players with better Speed, Overall Athleticism, and SEP (in that order).

The majority of OLBs have been the Balanced Player Type… 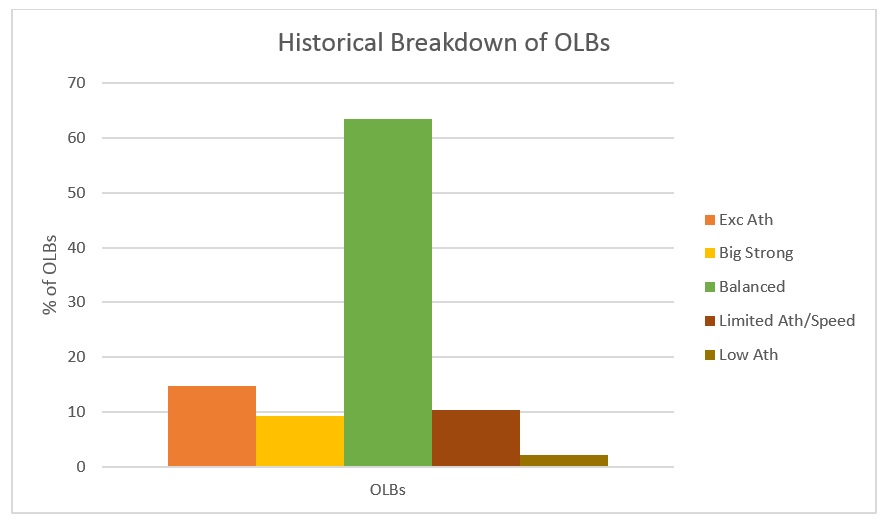 The A2B™ predicts all sorts of real NFL outcomes, including NFL career length… 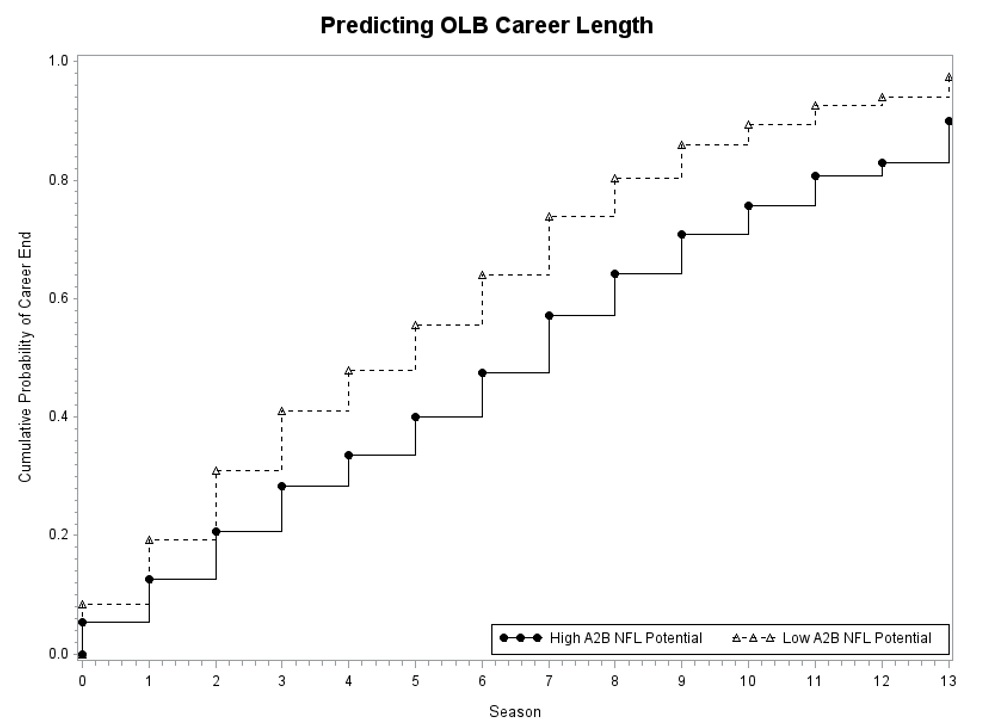 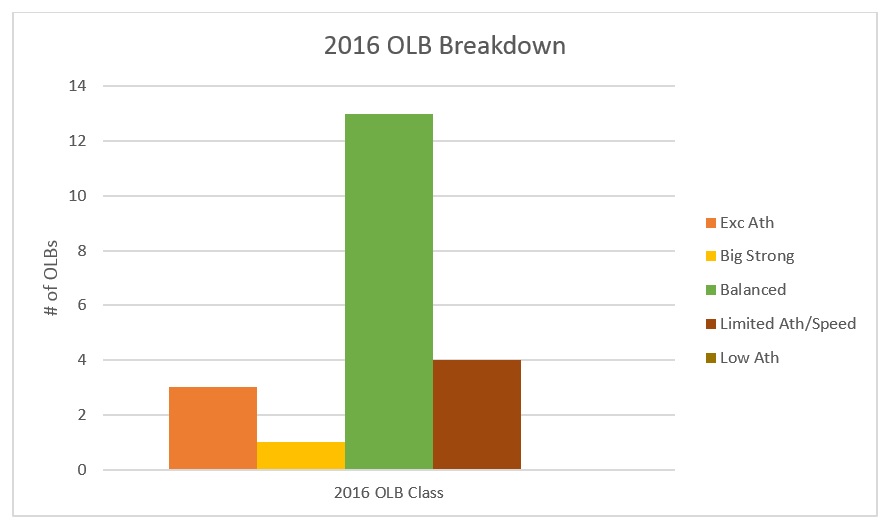 A few quick insights about these top OLB prospects.

That wraps up the outside linebacker position. Tune in next week for tight ends.