This blog entry takes a look at measuring athleticism in NFL tight ends. VPG’s A2B™ effectively characterizes 4 unique TE Player Types and quantifies NFL potential based on athletic profiles. Our analyses indicated that athletic characteristics explained about 18% of the variability in NFL performance for tight ends. The A2B™ indicates that there are a handful of 2016 TEs that have athletic ability that should transfer well to the NFL.

Development of the A2B™ for TEs

The A2B™ classifies tight ends into 4 Player Types based on their athletic profiles. 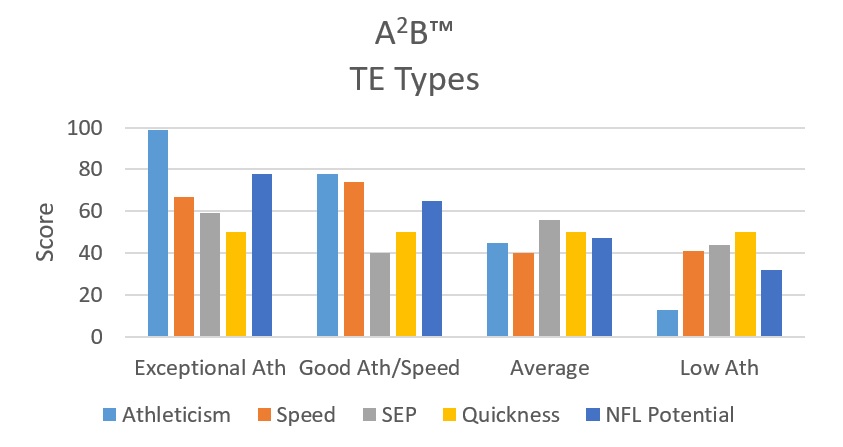 Exceptional Athleticism: This is the premier TE Player Type (think Vernon Davis). They have amazing athletic ability that translates very well to the NFL.
Good Athleticism and Speed: These TEs are also excellent NFL prospects. They are great overall athletes with good speed. Past TEs falling in this category include Jordan Cameron, Jimmy Graham, and Ben Watson.
Average: Most TEs fall in this TE Player Type. These TEs are average across the board in terms of athletic ability and NFL potential.
Low Athleticism: These TEs have very limited athleticism and rarely are successful in the NFL.

Taken together, teams would benefit most by signing/drafting Exceptional Athleticism or Good Athleticism/Speed TEs.

A look back at a few past TEs 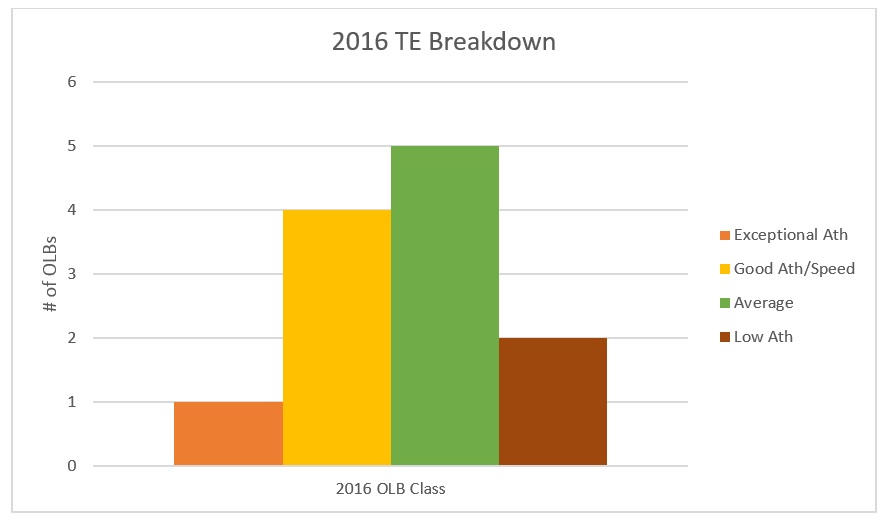 As you can see, the 2016 class of tight ends is primarily Good Ath/Speed and Average TEs. Now, take a look at the Top 5 NFL Potential scorers based on combine performance.

A few quick thoughts about the 2016 TEs

Well, that’s it for the tight end position. Keep following to learn more about the integration of sports and psychometrics.